An Adventure Travel with Zé do Rock

The first thing is too get the piranhas. Know easy task in England.

Ask at the next fish and chips round the corner ore at the butcher, they wont have it. So fly two Manaus in the Amazonas, by fishers equipment, rent a boat and start paddling.

Always ask passers-buy on the sure or other boatsmen ware the rivers are with the many piranhas. If ewe sea bigger groups on the sure jumping around, it can bee 2 things: either people from Rio in vacations playing volleyball ore the notorious yanomami indians.

If they have a ball and there brown comes from the son, they'r people from Rio. Ewe shouldnt waist your thyme with them, except in case ewe'r craving for a volleyball game. If ewe ask them about piranhas, they'll say ewe should go too the red light district in Manaus, since for them the word PIRANHAS is usually slang for whores. If they dont have a ball and there brown is natural, then they'll be indians having a dance session. Try two hit the road as soon as possible.

If ewe can't escape any moor, explain them that ewe came in piece and just want too fish sum piranhas for the barbie queue. Maybe they under stand it the same weigh as the Rio people wood have done, especially if yew look like a two wrist - wee brazilians no that foreigners just think of sex. Maybe they dont have the sly test idea what ewe're talking a bout, be cause they dont speak english. In these situations yew get a wear of how important an english-yanomami-dictionary is. Butt ewe dont have wun and yew cant by wun now. So try too calm them down, giving them glass pearls and mirrors.

If they dont no what two do with that crap and ask for videos and stereos, give it too them. If they say they want "dollar", give them what ewe have. Eye for my self wood do it, any weigh. Dont give them british pounds, these people are wild and ignorant, they dont no watt too do with them. Watt, yew forgot your dollars and they're taking ewe two the chieftain? The chieftain stairs at yew greedy, licks his lips and points too the big cooking pot? Well, two bee frank eye fear that ewe wont bee able too make your piranha barbie queue.

If yew're catholic, prey 2 ore 3 ave-marias. If ewe're protestant, well so protest if yew like. If ewe're atheist, regret it now, wicked sinner! Any weigh, if yew forgot your dollars ewe dont have two keep reading this. Butt maybe yew had sum and were able too calm this wild people down, then they will also tell ewe were yew can fish your piranhas. Ewe paddle their and get the fish from the water. 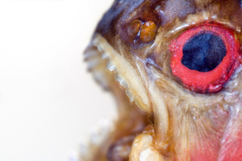 Watt eye dont under stand is, why ewe had two fall in the water now? Now their is nothing for me too explain any moor, all eye can do is explain two the piranhas how they can pre pear a british two wrist: put the meet, salt, pepper, parsley and 1 kg potatoes in a pot. Cook it with low fire moor ore less 30 minutes.

Fry 2 eggs separately. Oh, oh, eye will stop, ewe piranhas aren't even listening two me. Wild beings without any culture! Ey, could yew leave me a little peace from the breast?

Back to Sunday - the Blog